Figs are an oddly symbolic fruit for me.

Since forever, I've been traveling to Italy nearly every summer for all I can remember and there is a distinct, sweet and sticky smell that has characterized many of those vacations. This year, during my quarantine strolls was when I really realized what the sweet smell of summer is attributed to.  Fig trees!
My only saving grace during quarantine was living a stone's throw away from the Tevere (Rome's Tiber River). I enjoy running, but more so, I am a walkaholic and loved going on endless wa
lks through the city before the tighter local restrictions were put in place. I would set out from my hou
se on the weekend with absolutely nothing to do, and would walk for 2 or even 3 hours just roaming aimlessly around my beloved Rome, stopping here and there to take a photo or to admire a perfectly cliche Roman scene (Carabinieri scouring the streets to give out fines for people breaking quarantine, them in groups of more than 2, not wearing masks, ha!).
While walking the Tevere from Testaccio until Parioli, with few distractions out and about, I was able to focus on the "nature" surrounding me right there in Rome. Without gas guzzling cars driving by, my lungs were free to breathe clean air, my ears were able to hear beyond the noise of traffic and my nose was able to smell scents that hadn't yet been masked by pollution.  It was a magical and unique experience in Rome, which as many know is usually a dirty, polluted, and chaotic city.
Among scents that I noticed, I began to notice an increasingly sweet and sticky scent, and at the same time I began noticing little fig leaves sprouting up from cracks in the wall and tiny fig leaves beginning to sprout. PSA: If you haven't seen tiny fig leaves, check them out, they are literally the cutest little things ever! [see photos] 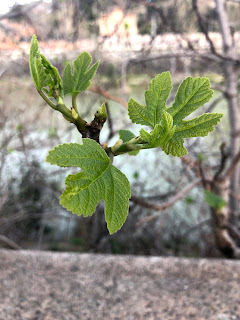 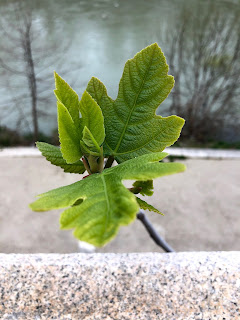 As I began noticing figs leaves sprouting all over the city, and the sweet and sticky smell growing stronger and stronger by the day, I finally realized that that particular smell was one of the smells I always attributed to Italy. That smell, was the smell that smacked me in the face when I finally arrived to Fontechiari (Muto) after an 8-hour flight and a 2-hour car drive and opened the car door and breathed in the fresh country air. It made me become insta happy or high to smell that scent and to see Nonna running out with a wooden spoon in her hand, indicating a meal was on its way. That smell, I now know, is the smell of fig trees!
So, why is figuring out what this scent is such a big deal to me? It's not so much a big deal, but a type of awakening. Knowing that distinct sweet scent is due to fig trees makes me really quite happy. Figs have always been a symbol of my travel to Italy, but I don't think I ever realized how diffused the plant was. Seeing little fig leaves sprout up in a crack between a gutter and an old Roman façade gives me such joy, primarily because it reminds me of my Nonno's most prized possession. His fig tree! 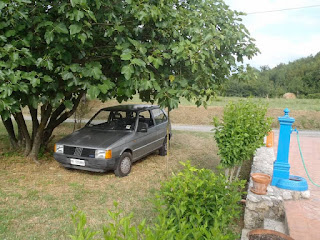 Ficora di Nonno Michele
Find 3 fig inspired secrets to share with you below:
P.s. Figs are funny. I always remember the grown ups (my nonni, my mom, the neighbors, etc) drooling over fresh figs and the ability to pick the fresh off the tree, but when I was younger I really didn't understand the appeal. To me I had a mostly hate-hate relationship with them due to their slimy insides that look like worms, and due to the one time I was asked to help climb a tree to collect figs high up, and while I was sitting in the tree getting the grown ups their delicious, succulent, figs, I started to feel my skin pinching all over and realized I was being bit by hundreds of tiny red ants! I'll never forget it!
Thankfully, over time my perception of figs has changed. I love spending time at my Nonni's house in the summer picking fresh figs off the tree, breaking them open to see their beautifully intricate and lush insides, and plopping them fresh in my mouth. Dried figs on a charcuterie board? My jam. Fig jam? Also my jam ;) Simply delicious! 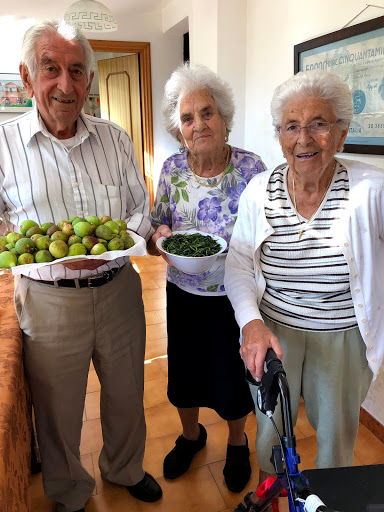 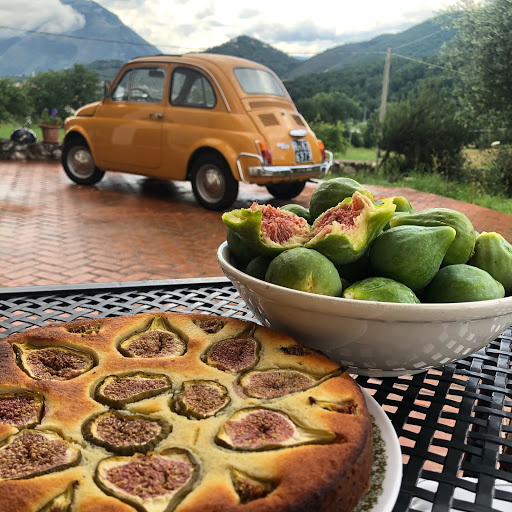 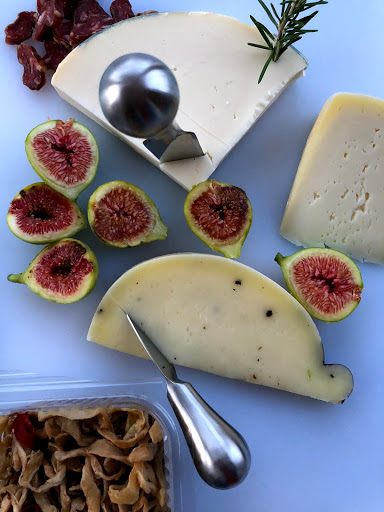