Everyday I've been waking up a little bit later realizing that I'm tired and want more sleep, and that Francesca, my boss, is really relaxed and I don't need to wake up 3 hours early when my commute is an hour.  I've been making it into the office by 9:30 no problem.  The first two days I got off the metro at 8:30 and decided to sit on a park bench and read because I didn't want to show up at the office and be awkwardly early.  I've finished the only book I brought (Water For Elephants... SO GOOD), so now I am onto reading my Italian grammar books. CHE DIVERTENTE!! 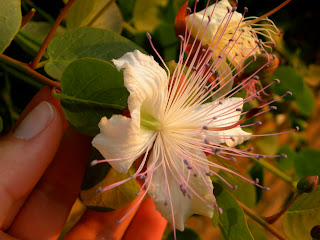 Anyways, yesterday I decided to be brave and go talk with one of my roommates about how she learned Italian.  Her first language was arabic, so when she moved here two years ago she said she spoke almost worse than me, and Marta (un'altra coinquini, another roommate) was the one who taught her all she knows.  She said she would just try and talk with her and Marta would correct her and eventually after two years she is speaking fluently, and I'm sure she was fluent months ago too.  She says she still makes grammatical mistakes, but I mean I still say "I did that good" instead of "I did that well", so no one is perfect right?  My goal is just to be able to have words flow without hesitation and it won't really matter if I mess up some grammar, everyone does.  I just want to be able to sound convincing, so that I can convince other americans I'm Italian or other Italians that I am Italian at least for the first two sentences I spill out!  So ya, roommates are great.  Very nice.  Always asking me if I need anything.  Marta made me a caffe yesterday while we were talking about how to learn Italian.  They also have been having me repeat a lot of words they know in English because I say them so differently.  Like "Apple" they prounounce "happle", its quite entertaining. 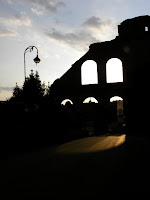 Today, work flew by.  I went to a different cafe for cappucino and cornetto this morning, I decided yesterdays was better for the same price, so tomorrow I will go back to the first one I went to and make it my regular place. I'm already looking forward to that cappuccino tomorrow.  So, Francesca speaks to me in Italian to explain what she is doing and what I am supposed to be doing, she speaks incredibly fast, so I've been hoping that I've been catching most of whats going on, but sometimes she catches me staring blankly and realizes I might not have understood exactly what she said.  I've been helping sort through resumes (Curriculum Vitae), its been tedious, but I have also been learning Italian, that of which she has noted is part of my experience as her Intern.

The Aircom family is very nice, and I'm noticing it grow every day.  There are the regulars, Francesca, Valeria, and me (the only women), Giuseppe and three other men I forget their names I regularly see and Francesca and Valeria and two men generally are always with each other on breaks.  Francesca along with the others have been making fun of me because everytime they ask if I want a coffee I decline, and that happens at least 6 times before 1:00, and they say I don't get up from my desk enough.  So from now on I will make an effort to work a little less, go drink some coffee (which is espresso shots) and take little strolls. 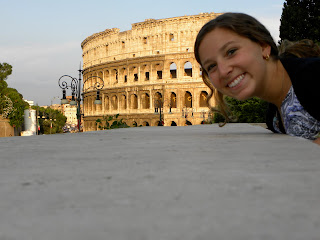 I ate lunch with Francesca and Valeria yesterday.  I learned that Francesca only eats cheese. Literally.  She ate stracchino and yogurt yesterday, and today she ate a yogurt.  I think she only eats dairy, fruit and smokes cigarettes, she is quite an entertaining boss, I'm lucky!  Today we ate together again and with the two guys who they always are with (I'll learn their names tomorrow) and I just sat there as they moved their mouths at speeds I could not comprehend, occasionally pausing to ask me a question.  Nevertheless, they are the sweetest people ever, and just being around all their chit chatting is going to help me learn so much! I already have a big list of vocabulary I've been looking up next to my computer on my desk.  I can only remember like 4 of the words though, fiali -  branches, fuochi d'artifici -  fireworks, sviluppo - development, sfruttare - to exploit, and some bad words. haha.


I left work around 4:30 today, a little earlier yesterday. Yesterday I took the metro to the colosseo, I saw my second bride (mom!)  they stopped the traffic for la sposa!  I walked around taking photos of the Colosseum and then walked toward the wedding cake building to catch the sunset.  I walked up the top of the steps to watch the sunset, coming across a concert at the campidoglio outside of the capitoline museum, then I walked down to Argentina and then hopped on bus 62 to take me back to Bologna.  Yesterday I also went food shopping, it was successful.  Tonight when I got home I debated going for a run, then decided just to walk again cause I don't know the area all that well.  I walked for about an hour then walked past this sicilian place that I couldn't figure out how your order the amazing looking suppli everyone outside had, cause the inside appeared to be only covered in pastries and gelato.  I'll figure it out one day soon.  Instead I went to a pizza a taglio place right next door, getting a spicy piece with scamorza, eggplant and onions. It was delicious.  I ate outside on the sidewalk and enjoyed the people buzzing around me.

It's only June 16th, I can't even imagine the things that are to come in the next two months. Woweee.

It better be gifts of fluent Italian speaking!