A ticket booked, twice over

August 21, 2012
Usually, mom is in charge of all of the travel arrangements.

Hours upon hours, Mom sits at the island counter clicking away.  She visits Kayak.com a thousand times, then scours through her accumulated mileage on upwards of 6 different airlines hoping to pull something extraordinary together.  Usually, she is successful.  If miles can't be used, she finds the best rates. If miles can be used, she finds the best connections, and the best use of the miles.  Somehow managing to secure a direct flight from Boston to Rome for only 50,000 miles.  I'm not quite sure how she does it, but she does.  Single handedly, every time, she can get the best rate and the best flight. She's magic with flights, I swear!

When I was accepted at the University of Bologna, only a few weeks before the program starts, Mom was in Italy.  Without total access to the internet.

An anxious daughter and a father with the soldi, cash, were left to book the ticket... dun dun dunnnnnnnnnnnnnnnnn.

We'd been looking at tickets all week, trying to find the best option, searching for miles etc. and had continued to put off booking them in fear of something, we're not sure what.  Finally, Thursday morning, we found ourselves at the kitchen counter, 7am, we already had gone on our morning jogs, and our lunches were packed the night before, so we said "hey, let's just get it over with, book these tickets, NOW!"  So we started the process at 7:01am, with 39 minutes before we had to get in the car in order to make the train to work. I went to AA.com, found the flight, and initiated the booking process, when it came to payment, I let dad drive, and I ran upstairs to shower.  Getting out of the shower, my dads yelling at me saying the page was still loading and to figure it out while he jumped in the shower. So I let the page sit and think as I got dressed and ready for work, 10 minutes go by of the same page, I'm anxious, so I hit the back button. Clearly a bad choice.

A screen pops up saying the fair has changed since we clicked book the flight and it said that check out was complete and a ticket for more $1200 had been bought... cazzo. I had purchased one for what I thought was just under $1100...

No time to stress. We had to jump in the car to make the train, driving to Lincoln we weighed the possibilites of the error message and determined we would only know what happend once dad arrived at work to check the confirmation on his email and his credit card statement.  So I get on the train and go about my usual commute to work and remain calm, until Dad calls at 9:30 or so.

Two tickets were purchased.  One at the rate of $1041, which I had planned to book.  One at the rate of $1256, unplanned.  Meanwhile, Mom is out in the field in Italy trying to mooch off the neighbors wi-fi connection using the iPhone my dad left with her, luckily connected to his email, and she sees the transactions that we had made.

Dad calls AA, somehow manages to cancel the second ticket bought after a long wait on hold.  We email back and forth, clarifying all is good.  Mom interrupts, the return is wrong.  I think she is crazy cause she thinks that flying out of Bologna instead of Fiumicino isn't right, so I shake off her comment saying, "No, I'm supossed to fly out of Bologna".  No response.

He hangs up, I immediately dial American Airlines, freaking out while I'm put on numerous holds and speak with the domestic then international flight contacts, I somehow manage to change my return to DECEMBER 23rd, and get the $250 change fee waived because they could see I literally booked the ticket an hour and a half before. 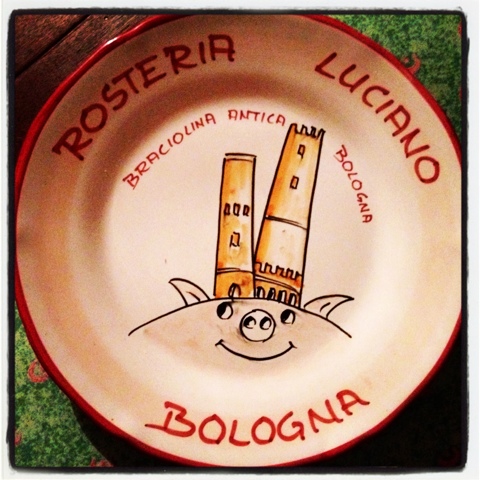